The International Trade Digitalization Commission (ITDC) has partnered with the Guangdong Chamber of Commerce in the United Arab Emirates (UAE) to promote the commercial application in the Middle East of ITDC's SilkChain, the world's first blockchain project dedicated to improving global trade. The Memorandum of Understanding (MOU) was signed between Guangdong Chamber of Commerce Secretary General Yuan Yongjia, and CEO of DinoRiver (OSell World) Yi Qing, which is also one of the founder institutions of ITDC. 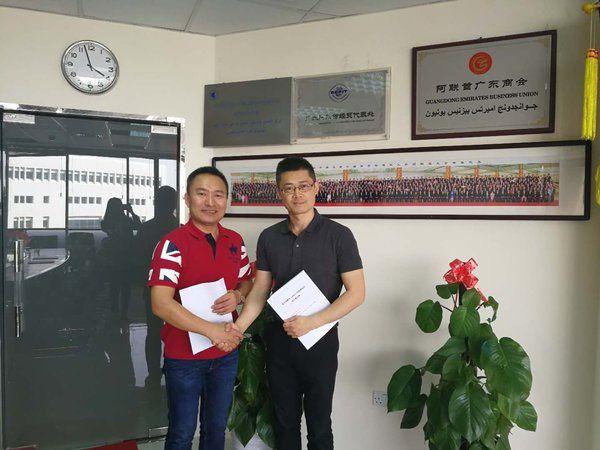 ITDC Partners with Guangdong Chamber of Commerce to Promote SilkChain in Middle East.

Under the partnership, SilkChain - named after the ancient Silk Road that facilitated trade between China and the West - will provide comprehensive technological support, including an underlying smart contract platform, a cross-chain access mechanism, an external chain logic execution environment, a visual editor and the development of Apps that can be used on the platform.

"SilkChain is dedicated to creating a fairer and freer global system in the digital age," said Yi Qing. "This partnership will help boost efficiency and slash the cost of transactions in the Middle East region, which supports SilkChain's mission to remove chronic obstacles in the current global trade system."

The Guangdong Chamber of Commerce will offer consulting support to SilkChain's local operation in the UAE, including facilitating media outreach, introducing potential investors as well as coordinating and maintaining relationships with local regulatory bodies.

With the help of blockchain technology, the two parties will introduce SilkChain tokens to diversified businesses in UAE and across the Middle East region, in the form of either project partnerships or joint ventures. The aim is to promote the use of SilkChain among local populations and propel the development of commercial digitization in the region.