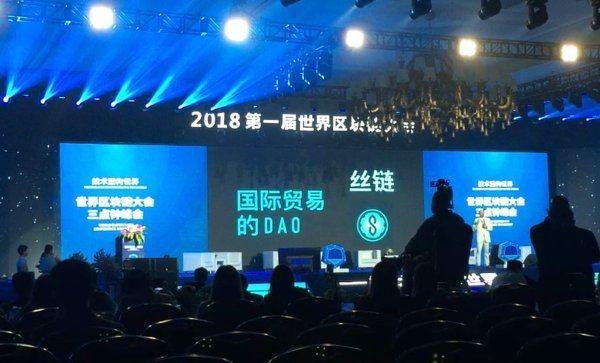 Chairman of the Global Blockchain Investment Club (GBLC) and a well-known investor, Yehoshua Westover made a speech and highlighted the SilkChain project

In a powerful speech about how technology will reshape the global economy and re-distribute wealth in the digital era. "In the near future, SilkChain will be wildly popular in world markets, and revolutionize the way international trade deals are done along China's One Belt, One Road routes," Westover told the audience. His comments align with SilkChain's vision to create a fairer and freer global trade system in the digital age.

Following the principles of decentralization, openness and mutual benefit, SilkChain will build an ecosystem by attracting various participants including global service providers, developers, open-source communities and trading companies to create applications that operate with localized services.

Blockchain's potential to reshape centuries-old global trade systems underlines the immense impact the technology will have on everyone's lives - a key message Westover delivered in his speech.

Rejecting claims that blockchain is a bubble, Westover said the distributed-ledger technology has the potential to restructure the global economy. "We see that the implementation of many technologies will completely change the structure of capitalism, which is scary. But those with vision and foresight can ride on the trend."